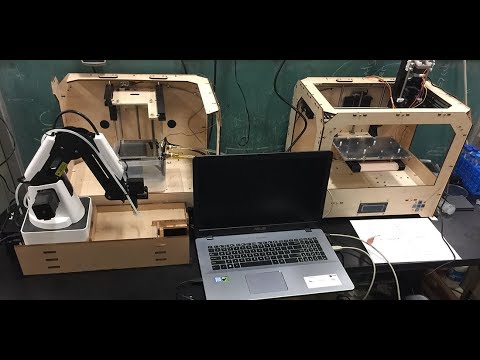 More than 113,000 people are currently on the national transplant list. And with a shortage of donors, this means that about 20 people will die every day while waiting for an organ, according to the U.S. Department of Health.

But this could change thanks to researchers at UC Berkeley, who have developed a device that may be key to the viability of bioprinting, an extension of 3D printing that allows living tissue, bone, blood vessels and even whole organs to be printed on demand. A paper on this work was recently published in the Journal of Medical Devices.

Currently, there are two major hurdles standing in the way of organ printing. Because living cells and functioning organs require specialized temperature and chemical conditions to survive, cells deteriorate during the actual 3D printing of a large organ because the process is too slow. And even if the organ can be printed in 3D, the logistics of transporting it requires storage, which has always been a bottleneck for transplants.

To minimize cell death during the 3D printing of an organ, the Berkeley researchers developed a technique that employs parallelization, in which multiple printers produce 2D layers of tissues simultaneously. These 2D layers are then stacked layer-by-layer to form 3D structures.

To overcome the storage problem of these manufactured organs, the team relied on seven decades of knowledge and techniques for preserving single cells. Their technique freezes each 2D layer immediately after it is merged into the 3D structure, and this process of freezing a single layer of cells provides optimal conditions for surviving the process of freezing, storage and transportation.

“Right now, bioprinting is primarily used to create a small volume of tissue. The problem with 3D bioprinting is that it is a very slow process, so you can’t print anything big because the biological materials will deteriorate by the time you finish. One of our innovations is that we freeze the material as it is being printed, so that the biological material is preserved, and we can control the freezing rate,” said Boris Rubinsky, professor of mechanical engineering and co-author of the paper.

Rubinsky also noted that by printing tissues in 2D first and then assembling them into a 3D object at a different station, his team significantly sped up production by essentially eliminating printing time. After the assembly line of bioprinters creates in parallel multiple 2-D layers of tissue, a robotic arm—augmented by master of engineering students—picks up the layer and carries it to another station. There, the tissues are stacked together to create a 3D object and fused via freezing.

“As each layer is stacked to form a 3D structure, one of the innovations we implemented was to dip the 3D structure into a cryogenic bath to freeze it rather than having the bath fill up to meet each layer,” said Joseph Sahyoun (Meng ’18, ME) and co-author on the paper. “This method allowed us to control the freezing rate more accurately.”

In addition to organs, another potential application for this technology is food. Layer-by-layer printing and assembly allows manufacturers to explore different textures of food. It also allows them to develop food that is responsive to the needs of sick people.

“Dysphagia is very common among the geriatric population. Because these patients have difficulty swallowing, they are being fed food that is basically mush, so they don’t have an appetite, and the problem exacerbates,” said Rubinsky. “But if you can create food with texture, this may be more appetizing. Then as they chew, the food will melt in their mouth so they can swallow and get the nutrients. Our technology allows you to do that with any kind of food.”

He notes that the technology also allows for the development of industrial scale manufacturing of frozen food, where the structure of ice crystals in the food is meticulously controlled at the single cell layer throughout the product.

Although the concept of stacking thin layers to create a 3D object isn’t new to manufacturing, it’s novel to do so with biological materials.

“There is a big difference between materials used in conventional lamination – like paper, plastics, ceramics and metals – that are rigid, even in thin layers, and biological matter consisting mostly of liquid that are much less so.” said Gideon Ukpai, a graduate student in Rubinsky’s lab and lead author of the paper.”

So, the team used of judiciously designed hydrophilic and hydrophobic rigid surfaces on which the 2D layers are printed. These specially designed layers allow the 2D layers to be transported across distances, regardless of the direction of gravity, for placement onto a 3D object.

In addition to research, Ukpai also served as a mentor to the master of engineering students, who are all listed as co-authors on the paper. For future research, Ukpai and a new cohort of masters of engineering students from the Fung Institute will work to better optimize this process, characterize the products and determine the appropriate scenarios that present the most advantages.