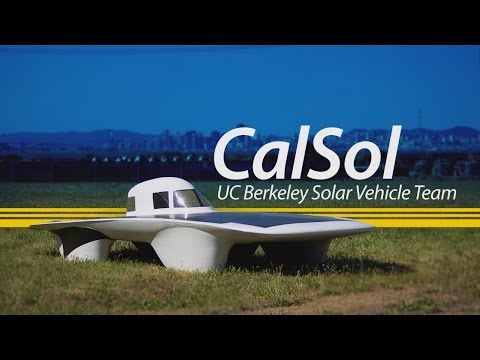 Next month, CalSol — the UC Berkeley Solar Vehicle Team — will compete in a cross-country race called the American Solar Challenge 2014. The competition is more about endurance than speed, and the vehicle, entirely engineered, fabricated and maintained by Berkeley students, will be put to the test across more than 1,700 miles of open road. The competition begins in Austin, Texas, crosses eight states, and ends eight days later in Minneapolis, Minnesota.

“Our team consists of anywhere between 30 to 50 undergraduate students,” says Ben Chen, a mechanical engineering student and one of the team’s senior advisers. “It’s a really great place to learn about engineering.”

This year the CalSol team decided to completely rebuild their vehicle. Departing from the previous three-wheeled design, the team will race a four-wheeled car, which they have named Zephyr.

The redesign encompasses more than the steering system. The team analyzed and largely rebuilt all major systems, including the drivetrain and the solar power and storage systems. A year of labor went into molding and fabricating the carbon-fiber body alone. Members of CalSol, the UC Berkeley Solar Vehicle Team, in front of the solar car Impulse at Orientation in 2013. (Photo by Noah Berger.)

“Our solar cells have increased in efficiency,” says Min Ju Lee, a materials science and engineering student and CalSol’s team lead. “Also, the chassis went from steel to all aluminum. We reduced the drag coefficient of Zephyr to less than 0.1 — a significant improvement in aerodynamic performance.”

In addition to working through design and fabrication challenges, the team has also collaborated with industry partners. The San Jose-based SunPower Corporation donated solar cells to power the car and opened their laminating facility to the team.

“The 400 solar cells produce about 1.3 kilowatts of power,” Lee says. “That’s not too much power, but given that our car only needs the power of one hair dryer, this is sufficient for us to run the car at about 45 miles per hour.”