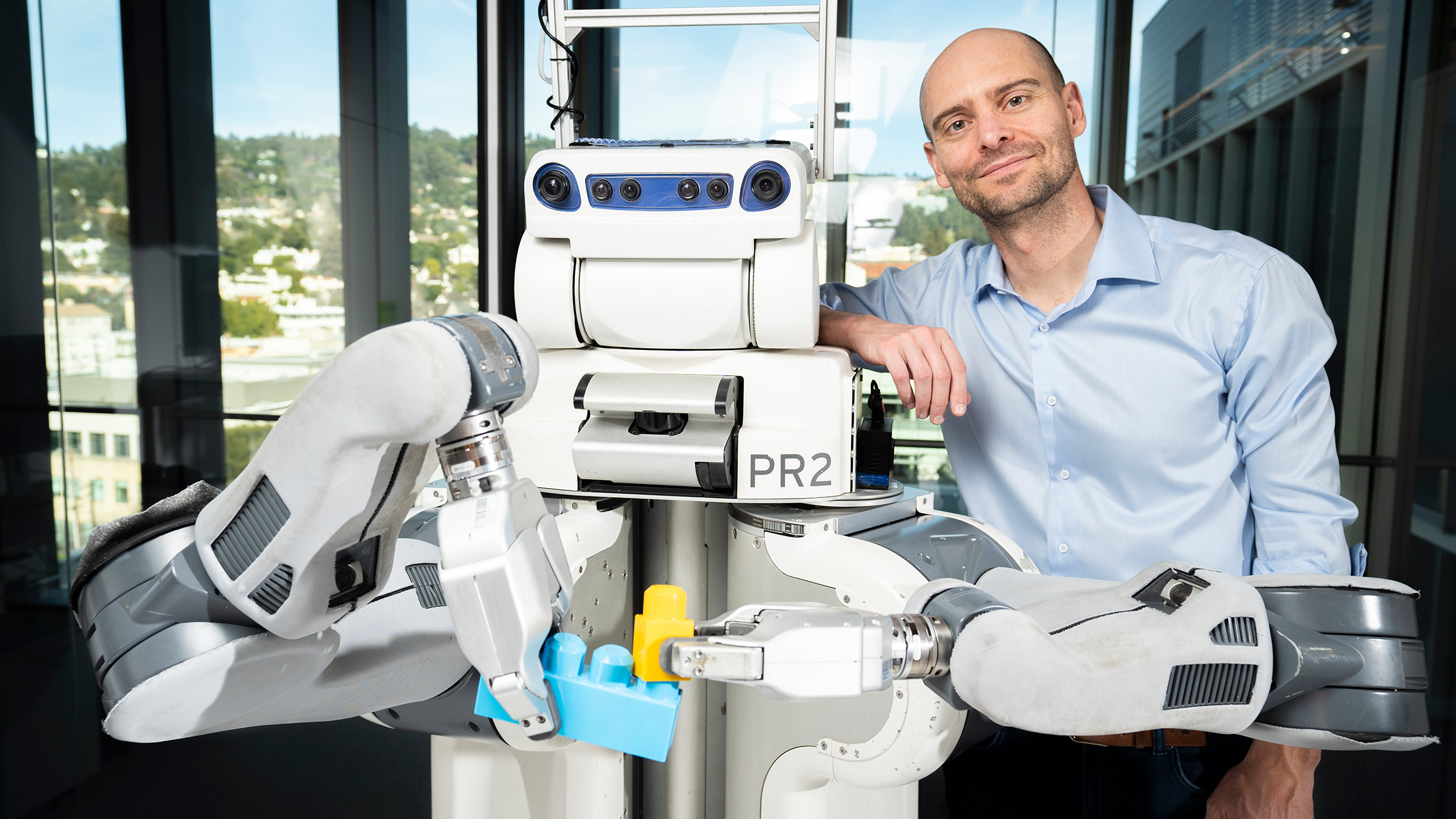 Pieter Abbeel standing next to BRETT, the Berkeley Robot for the Elimination of Tedious Tasks. (Photo by Adam Lau / Berkeley Engineering)

Pieter Abbeel, professor of electrical engineering and computer sciences, is already well-known as a leading researcher of robotics and artificial intelligence. But in the spring of 2021, he added podcast host to his accomplishments with the launch of his popular show, “The Robot Brains Podcast.” In each episode, Abbeel sits down with top experts and entrepreneurs to discuss the real-world applications of AI, along with its many possibilities.

The inspiration for the podcast came during the first year of the pandemic, when Abbeel found himself limited to remote instruction. To mix things up for students in his lab, he began inviting researchers to join their conversations on Zoom. The guests were a big hit with the students, who were able to learn more about the research process and the people behind the research. So it was a natural progression to adapt these conversations to a podcast format, where a larger audience could listen in.

“I see the podcast as another way to educate people in an enticing way. It’d be great if our alumni came back to school and kept taking classes,” Abbeel said. “But most people don’t have the schedule or excitement to go back to school, so if they can be entertained and learn at the same time, why not?”

“What’s possible in AI and robotics today is so different from what was possible even five years ago. It’s a space where things are changing very fast and in ways that are going to impact people’s lives,” he added. “My podcasts highlight the people who are making it happen. Getting into where those pioneers are coming from, what they’re excited about, what drives them, what they did earlier in their lives — it’s really fun to share that.”

Now in its second season, the podcast is available through all major providers, including Apple, Google, Spotify and YouTube.