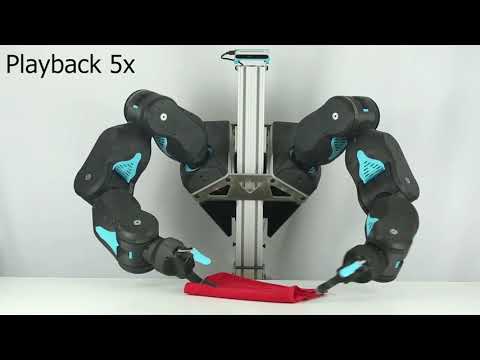 An affordable, human-friendly robot developed by Berkeley engineers is among Popular Science’s “Best of What’s New” innovations for 2019. The magazine released its definitive list of the year’s top 100 technologies and products today, highlighting feats of engineering, breakthrough software and other acclaim-worthy discoveries from the past year.

Pieter Abbeel, professor of electrical engineering and computer sciences, led a team of researchers that included postdoctoral research fellow Stephen McKinley and graduate student David Gealy to develop Blue, the Berkeley robot for Learning in Unstructured Environments. They designed Blue to use artificial intelligence and deep reinforcement learning algorithms to adapt to and operate safely in unpredictable settings, including the common household.

The low-cost, human-friendly robot was unveiled in April 2019.  The Berkeley engineers plan to make Blue and other AI-powered robots safe, affordable and useful enough for broad use in homes.