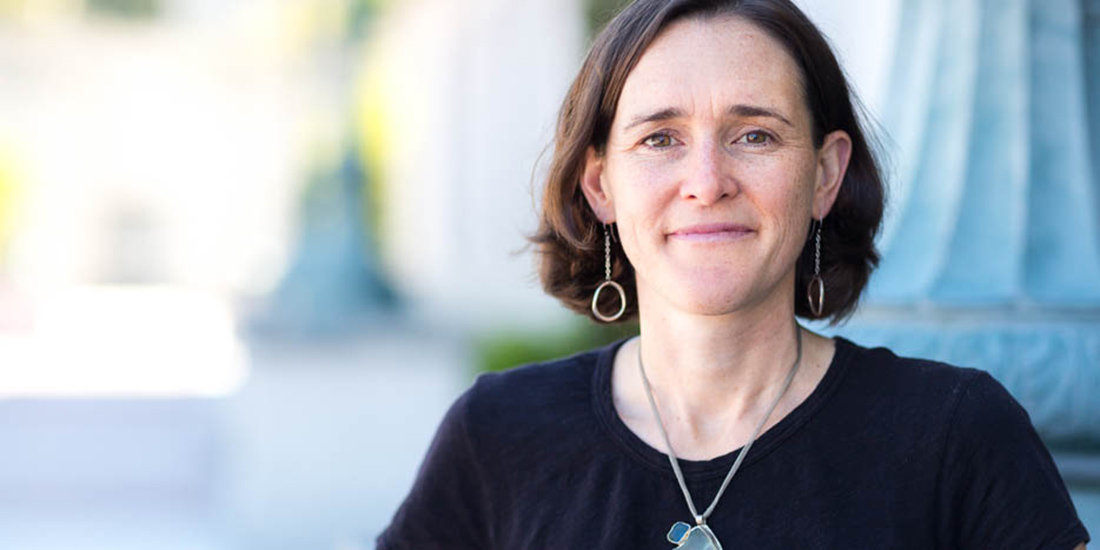 Ashley Muspratt (M.S.’05 CEE, Ph.D.’09 Energy and Resources Group) has devoted her career to something most of us would rather not think about; something that, across much of the Western world, we truly don’t consider. Like our soda cans, toothpaste tubes and heaps of plastic wrap, it just disappears. But management of human waste, also called wastewater or fecal sludge, is a constant concern in many developing nations lacking the costly sewer networks and treatment plants that have contributed to massive public health gains across Europe and the United States over the last century.

Muspratt is founder and CEO of Pivot, a six-year-old company offering an alternative to the infrastructure-intensive Western model of sanitation for large cities in parts of Africa, Asia and Latin America. Pivot’s plan involves trucking human waste to central plants capable of converting it into a marketable solid fuel that looks like dirt and contains on average 20 percent more energy than other biomass fuels. A demonstration plant is now running in Kigali, Rwanda, and slated for upgrade to a full-scale commercial plant. Others are planned for Uganda and India.

We asked Muspratt, who was in residence on campus over the summer as a development engineering fellow at the Blum Center for Developing Economies, for more insight into this critical, if sometimes taboo, field.

Why do we need new solutions to human-waste management and sanitation in developing cities?

In many situations, when fecal sludge is collected from pit latrines or septic tanks, there is no treatment plant. The fecal sludge is just discharged directly into the environment: into an open drain, river or shallow hole, and not into a sewer network. In some cases, there are designated places for waste to be dumped; in others, it’s dumped ad hoc. Over 90 percent of wastewater or fecal sludge generated on the planet every day is dumped into the environment without any treatment, creating irreversible environmental damage and severe public health consequences. More than three million people worldwide die from waterborne disease every year, bodies of water and ecosystems are destroyed, and a recent study by the World Bank showed that in Sub-Saharan Africa, for example, countries spend five percent of their GDP on the consequences of poor sanitation.

This seems like an area in which innovation is not commonplace, and maybe not always welcome. Do you run up against any resistance when discussing your technology?

On the one hand, governments are really risk-averse, and in many cases the government officials making the decisions don’t have much background in sanitation. So with a pretty superficial understanding of the processes and technologies available, they might just be automatically looking to an example from the United States as the gold standard — what I would call “status-quo” syndrome. On the other hand, the reason that we are taking this approach and have developed this system is because when conventional approaches are applied in Sub-Saharan Africa and developing countries, they very quickly fall into disrepair. You can find broken-down treatment plants all over Sub-Saharan Africa and in middle-tier cities in India or other Asian countries, including China, because they’re really, really expensive to operate.

How does Pivot solve that problem?

We’re building facilities that generate renewable fuel from waste. We sell that fuel to industries, and that revenue goes toward operating our plant. So, like a factory, we take in raw materials, add value to them, sell them on the market and generate revenue. With conventional treatment plants, their cost sinks by definition. They exist to make waste safe to discharge to the environment, but don’t have any other purpose besides that. As a result, our capital cost is 50 percent of the capital cost of conventional alternatives, and our running costs are like 20 percent of typical running costs.

I think we’re working a different scale from other companies. We’re trying to work at the city scale, whereas other sanitation start-ups in this space are working more at a community level. Probably the other two companies with the most traction are Sanergy and Sanivation, and they’re both looking at recovering value from waste and using that value to help offset costs of treating waste. Both Sanergy and Sanivation have toilet businesses, and they have services where they collect the waste and process it into different products. Sanergy primarily does compost, while Sanivation makes charcoal balls.

Who can use your fuel?

Our target markets are large industries like cement plants, textile factories or brick kilns. Any industry that burns solid fuel like coal or biomass can burn our fuel, and it doesn’t require any retrofit or upgrade or change to their existing boiler or kiln. We intentionally go after large industries because they have a huge demand for fuel. Another important factor is that industries don’t really care what they throw into their kilns, whereas households do care what they use for cooking their meals. So we can avoid a lot of the social marketing and “ick” factor by selling to industry.