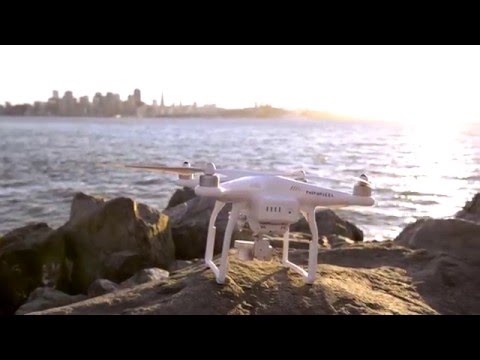 Now a senior in electrical engineering and computer sciences (EECS), David Dominguez Hooper first got his hands on a commercial drone in high school. Flying the DJI Phantom 2 Vision + was fun, but what he really wanted to know was how it worked and how far it could be pushed beyond its off-the-shelf specs.

So began his foray into drone-hacking, a hobby that has taken a kid from Azusa, California to a close scrape with campus cops and university safety officials and to the founding of a new student organization focused on unmanned aerial vehicles (UAVs) called UAVs @ Berkeley.

When Hooper first arrived on campus, he began searching for drone-related activities and discovered Berkeley’s deep research roots in unmanned aerial vehicle research — particularly from the labs of civil and environmental engineering professor Raja Sengupta and EECS professor Claire Tomlin. But he couldn’t find any community-oriented group where fliers could come together to talk about drone technology, build custom airframes and hardware, and fly together.

Hooper first hatched the plan for a club for fellow UAV enthusiasts last fall, after finding a locker full of abandoned drones in a campus engineering lab. Turns out they had been used for research and stored away once the research project was completed.

“No one was using them,” Hooper says, “and it was really sad.”

With permission, Hooper pulled out the drones and set about finding other students to get them all fit to fly again. He contacted 3D Robotics, a company he knew from the Friday Flydays they hosted at Cesar Chavez Park, by the Berkeley Marina.

“Their educational outreach people helped us out with hardware and tools,” Hooper says. “If it wasn’t for them, I don’t think that UAVs @ Berkeley would exist.”

Hooper connected with students on Facebook, promising free pizza and Uber rides to fly days for anyone interested in joining the club. They started working out of Supernode, the hacker-maker space in Cory Hall. The club now consists of over 50 members, representing engineers as well as students from film studies, business, economics and various other disciplines across campus.

The group then started to invite members of the UAV industry to campus to talk about emerging opportunities. “We really like to connect people,” Hooper says. “I think our greatest single strength is that we are a central hub.”

It’s hard to understand how drones work without being able to fly them. “We are a UAV flying club, and naturally we want to fly,” Hooper says. The club started testing out the drones they were building during their Sunday sessions on Memorial Glade. They proceeded like this for months.

Then the club invited a company that organizes drone races to campus for a meetup. UAVs @ Berkeley organizers checked the Recreational Sports Facility open recreation calendar and found out that Maxwell Field, located right below Memorial Stadium, had drop-in recreation hours, and figured they could use the field.

“We saw the fenced-off area, and it looked like a safe place to fly,” Hooper says. “Everything was going great, we were getting awesome videos, and then the University of California Police Department shows up and says that UAVs are not allowed on campus.”

UAVs @ Berkeley was grounded on campus for several months while Hooper and company made their pitch to the university administration about the educational value of access to Berkeley’s airspace. The group made their plea with the help of Professor Sengupta, who later became the club’s faculty advisor and vouched for the group’s adherence to safety and responsible drone-flying procedures.

Sengupta’s unmanned aerial vehicle research includes investigating how to develop tools to increase drone pilot safety, accountability and responsibility in advance of what is predicted to be a dramatic increase in drone traffic. He is now commercializing some of those tools through a company he co-founded called Responsible Robotics.

In a way, what was happening over Berkeley’s skies is a microcosm of what’s happening across the country. Drone pilots are trying to figure out where and how to operate within the context of evolving drone regulations.

After the group had several meetings with campus officials and provided a detailed proposal of how education-related drone flying could safely integrate with other campus safety priorities, university officials crafted a new drone policy at the end of the spring semester.

“Eventually, we knew we were getting somewhere,” Hooper says, “and that drone flying is going to be acceptable campus policy. That’s ultimately what we wanted, because before there was nowhere that said ‘yes, you can fly drones,’ or ‘no, you can’t fly drones.’” Now UAVs @ Berkeley and other student groups are allowed to fly small drones over a field at the Clark Kerr campus and larger drones out at Richmond Field Station.

As they hone their piloting skills, Hooper and his colleagues are looking toward the next milestones: creating a Berkeley drone-racing team and making drone-racing a legitimate professional sport.

“If you look at NCAA college football or college basketball, those are the stars of tomorrow for the NFL and NBA. That’s what we are trying to do — cultivate new stars for drone-racing,” Hooper says.

“We are the first university to have a drone racing team,” he adds, “and we are trying to bring about the world’s first-ever intercollegiate drone race.”