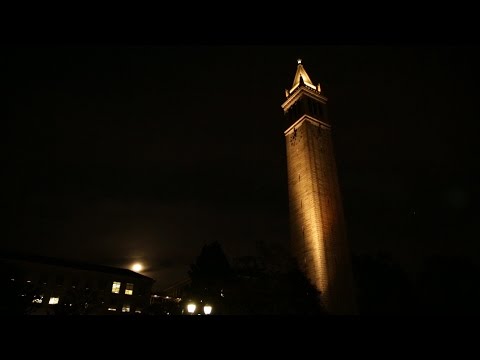 To mark the achievement of 100 years vertical, the campus has planned several celebrations throughout the year for the iconic Sather Tower, also known as the Campanile.

One such event, which made local and national news, happened on a moonlit night in February. Industrial engineering and operations research professor Ken Goldberg, art practice professor Greg Niemeyer and music professor Edmund Campion, working with the support of the Berkeley Center for New Media and the Center for New Music and Audio Technologies, devised a live performance based on real-time seismological data.

The piece, called “Natural Frequencies,” linked data from sensors recording the shifting of the Hayward Fault underground to a light show and the Campanile’s 61-bell carillon — creating a symphony in three movements. Other equally daring festivities are planned for a full year of celebration.