Home > News > Teachers at the top of their game

Teachers at the top of their game

When civil and environmental engineering professor Juan Pestana-Nascimento got the call that he was among the winners of the Berkeley 2010 Distinguished Teaching Award, he was silent.

The honor, Berkeley’s most prestigious in teaching, means faculty and students alike consider a professor to be extraordinary in the classroom, above and beyond the everyday excellent instruction that happens across campus. In the award’s 51-year history, only 236 faculty have received it, among the thousands who have taught Berkeley courses.

“For a minute or two, I was speechless,” Pestana recalls, pausing again to remember the moment. “I was very moved.” 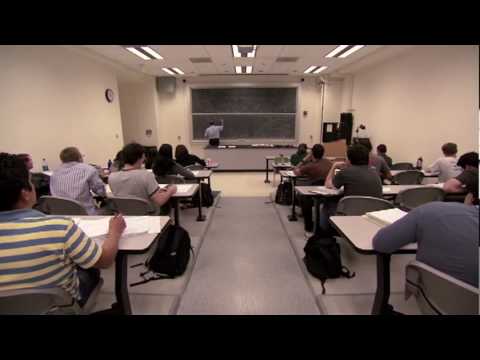 Proflies of the recipients of the 2010 Distinguished Teaching Award

Berkeley faculty know their material. Yet to teach it so that students not only understand but find inspiration and wonder in it, takes special talent and dedication. In April, Pestana joined associate professor Dan Klein of electrical engineering and computer sciences and two other faculty members elsewhere on campus as they each accepted a certificate, $10,000 gift and entry into a rarefied circle of Berkeley educators.

To win, the two engineering professors went through a year-long selection process that included student evaluation reviews, recommendation letters, written essays and statements of teaching philosophy, as well as surprise observation visits to their classrooms.

“There are a lot of different ways to be a distinguished teacher,” says Stephen Welter, professor of environmental science, policy and management and a member of the award’s selection committee. “Some faculty are very extroverted, while others provide carefully worded and highly crafted presentations; but they all succeed in engaging students deeply. They not only impart information but impart it in a way that makes a significant difference in their students’ educations.”

“I can’t think of any award more exciting to get than this,” Klein says. “The rewards that come from teaching are mostly internal. But to receive external feedback and validation like this—it’s special.”

Adds Pestana, “It’s one of the awards I’ll remember forever.” WORLD CLASS: Dan Klein joined the Berkeley faculty in 2004 and has been winning the hearts and minds of computer science students ever since. (Photo by Peg Skorpinski.)

Klein teaches several computer science classes, but he receives the most praise for his CS 188 class, Artificial Intelligence. He went out of his way to update the class curriculum and create new projects and methods for presenting the material, says Professor Stuart Russell, who served as department chair last year and was involved in Klein’s nomination.

Students routinely give Klein high scores on teaching evaluations. “Dan Klein single-handedly raises the standard of teaching at Berkeley,” senior Jim Sproch says. “His lectures are second to none: entertaining, engaging and educational. You’re guaranteed to walk out with a smile on your face and a firm understanding of the topics being taught. He’s always happy to answer questions, and his passion for computer science is almost contagious. I sincerely wish he were teaching all my classes.”

When he first started at Berkeley six years ago, Klein says, he obsessed over his lectures. “I thought everything hinged on my eloquence. Now I realize that most of students’ learning takes place outside of class in projects and assigned work, so I put great effort into those things. Lecture, I’ve found, is akin to a trailer for a movie.”

Klein earned a quadruple bachelor’s degree from Cornell in math, computer science, linguistics and cognitive science in 1998 and his Ph.D. from Stanford in computer science in 2004. He joined the Berkeley faculty that same year to pursue his twin passions for teaching and research. His current research focuses on unsupervised language acquisition, machine translation and efficient algorithms for natural language processing, among other interests. Friendly, helpful, funny, passionate, enthusiastic, inspiring: those are some of the words students use to describe Pestana. “It’s obvious that he both loves the subject matter and teaching,” wrote one student in a course evaluation. “He really makes an effort to care about students,” wrote another. “The class is very demanding, but it’s good because we actually learn a lot,” said a third.

Pestana teaches geotechnical engineering, geoenvironmental engineering and geomechanics: the mysteries and applications of soil. Though some might think it a difficult or dull topic, Pestana’s enthusiasm for it is irresistible. That’s boosted by anecdotes and metaphors he weaves into lectures to make a concept understandable, newspaper clippings he brings to class to create connections with the everyday world, Play-Doh he throws against the wall to drive home a point on soil characteristics, and jokes he tells to lighten class time.

Pestana says he works hard for that “ah-ha” moment when a concept clicks in a student’s mind. “When their eyes light up and you see their smiles, you know they’ve been let in on a secret. They’re accomplices now in the subject. That’s rewarding.”

After graduating from college in Venezuela in 1985, Pestana immigrated to the United States to earn his master’s and doctoral degrees in geotechnical engineering at MIT. He says he’s always wanted to teach and at the same time pursue research; his work now focuses on constitutive modeling of soil behavior, soil properties characterization, and numerical modeling of soil-structures interaction, among other interests. He joined the Berkeley faculty in 1994.